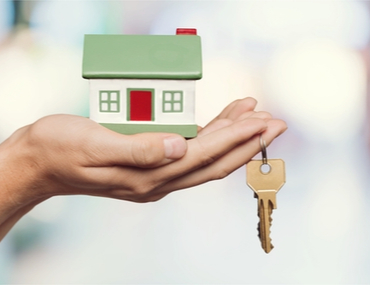 Affordable housing is essential for a thriving community, but in Washtenaw County – the 8th most economically segregated community in the country according to one study by the Martin Prosperity Institute – affordable housing is rare. Each year, five thousand people experience homelessness in Washtenaw County, with even more people in insecure housing situations. And with the current pandemic, the problem is expected to get worse. A study by Columbia University predicts an estimated 40 percent increase in homelessness nationwide.

For all these reasons, Ann Arbor City Council voted unanimously in July of this year to add a proposal to the November 2020 ballot to address the affordable housing crisis in Ann Arbor. This proposal was a long time coming.

Back in 2007, the city created a task force to address homelessness, but mitigation efforts were put on hold when the 2008 recession hit. In 2015, the Washtenaw County Office of Community and Economic Development (OCED) analysed affordable housing and reported that Ann Arbor was in serious need of housing for lower income workers. Unfortunately, despite zoning incentives, property tax reductions, and other initiatives, the city has not been able to meet its affordable housing goals—2,797 homes by 2035. In fact, according to Partners for Affordable Housing, 800 affordable housing units have been lost, mainly due to private developers of Low-Income Housing Tax Credit (LIHTC) projects converting their properties to market-rate housing after their commitment to low-income housing expired.

Proposal C, the Ann Arbor affordable housing millage, is intended to make a significant dent in homelessness and home insecurity in Ann Arbor. If voted into effect, the millage would create a 20-year homeowner tax that could raise $6.5 million in the first year and $160 million overall. The money would be used to build, rehabilitate, maintain, and acquire 1,500 units of affordable housing for approximately 3,700 low income residents. It would also fund supportive services related to housing, like helping residents enroll in Medicaid or WIC, supporting youth leaving foster care, and helping aging seniors and people with disabilities.

For a house with a $250,000 market value and $125,000 taxable value, the millage would add $125 in taxes per year. Many voters believe the benefits would be worth that cost. In June, a poll conducted by EPIC-MRA found that 77 percent of Ann Arbor voters supported the millage, despite some predictions that the pandemic would cause voters to hesitate. It was this support that led the council to add the millage proposal to the ballot.

The affordable housing millage is supported by a coalition called Partners for Affordable Housing (PAH). Many individuals have pledged support on PAH’s website and social media. Organisations have also stated their support of Prop-C, including the Ann Arbor/Ypsilanti Region Chamber of Commerce, Citizens for Mental Health and Public Safety, the Interfaith Council for Peace and Justice, the Community Action Network, and others. The Washtenaw Health Initiative is likely to join them.

Some residents disagree with the proposed tax increase for various reasons, including worries about an increased burden on low-income homeowners or renters. PAH addresses several of those concerns on its website. For instance, PAH calculates that rent increases caused by the tax would be approximately $36 per year, of which the renters would only pay a fraction. PAH also urges low-income homeowners to apply for the tax abatement that is already available from the city. As for the concern that the ongoing global pandemic makes this a bad time, supporters believe that the opposite is true. As homelessness increases across the nation, it is more essential than ever to address the affordable housing crisis in Ann Arbor.

Affordable housing for lower income families could also boost the local economy at a time when many local businesses are struggling. For instance, many families currently spend the majority of their income on housing. With more affordable housing, they would be able to spend more at businesses. Supporters of Prop-C also urge voters to consider the added struggle of home insecurity during a pandemic, and to vote in favor of the millage to help the city’s most vulnerable residents weather COVID-19.

More information can be found on PAH’s website or on Facebook and Twitter. The coalition asks supporters to endorse Prop-C on social media and to reach out to their friends and neighbors. Donations and volunteers are also appreciated.